On July 20, 1969, the greatest technological achievement in history was realised with an important step for mankind, when we first set foot on a celestial body. To mark Apollo’s 50th Anniversary, artist Monica Alcazar-Duarte presents, for the first time in Ireland, her acclaimed work The New Colonists and Ascension!

For the past four years, Alcazar-Duarte has been working on a project related to current efforts towards space exploration. The resulting body of work is divided into three chapters, two of them have been completed, with the third in development. The first two chapters are called The New Colonists and Ascension. The work delves into the beginning of an era of technological prodigy. It encourages us to look to the far future with eyes wide open, as there is an imperative need to resolve current legal loopholes regarding space exploration for it to proceed in a peaceful and balanced way.

The installation of the work includes an Augmented Reality component that works as a virtual portal that adds an extra layer to the overall narrative that is presented. Alcazar-Duarte is part of a minority of women making work that combines science, technology and art, using cutting-edge technology which allows the audience to interact with the work. 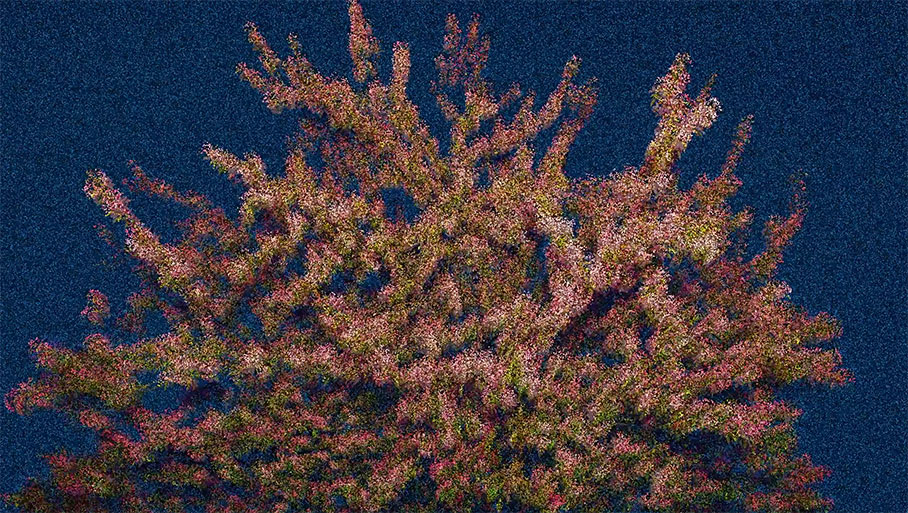 Monica Alcazar-Duarte is a Mexican photographer, currently based in the UK, whose work engages with the way we read and integrate images and information, at a time when information and its context changes at such a rapid pace. Her work examines the relationship between context, interconnection and conclusion. It draws attention to how much we all need to develop a more ‘curatorial gaze’. The artist invites viewers to participate within the ideas she presents mainly via the interactivity that the work offers.

The first chapter of the project, The New Colonists, was published as a Photobook by The Photographers’ Gallery in London and Bemojake. Last year, Alcazar-Duarte was shortlisted in the New Discovery Award at Les Rencontres d’Arles.